A Strategic Foothold in a World-Class Zinc Ore Field

Alba’s Limerick Base Metals Project in the Republic of Ireland is located in the Irish Ore Field, which has been a major source of zinc production since the 1960s. The Project is highly prospective for zinc and lead and is located only 10 kilometres from Glencore’s Pallas Green zinc deposit and forms part of the same target unit. 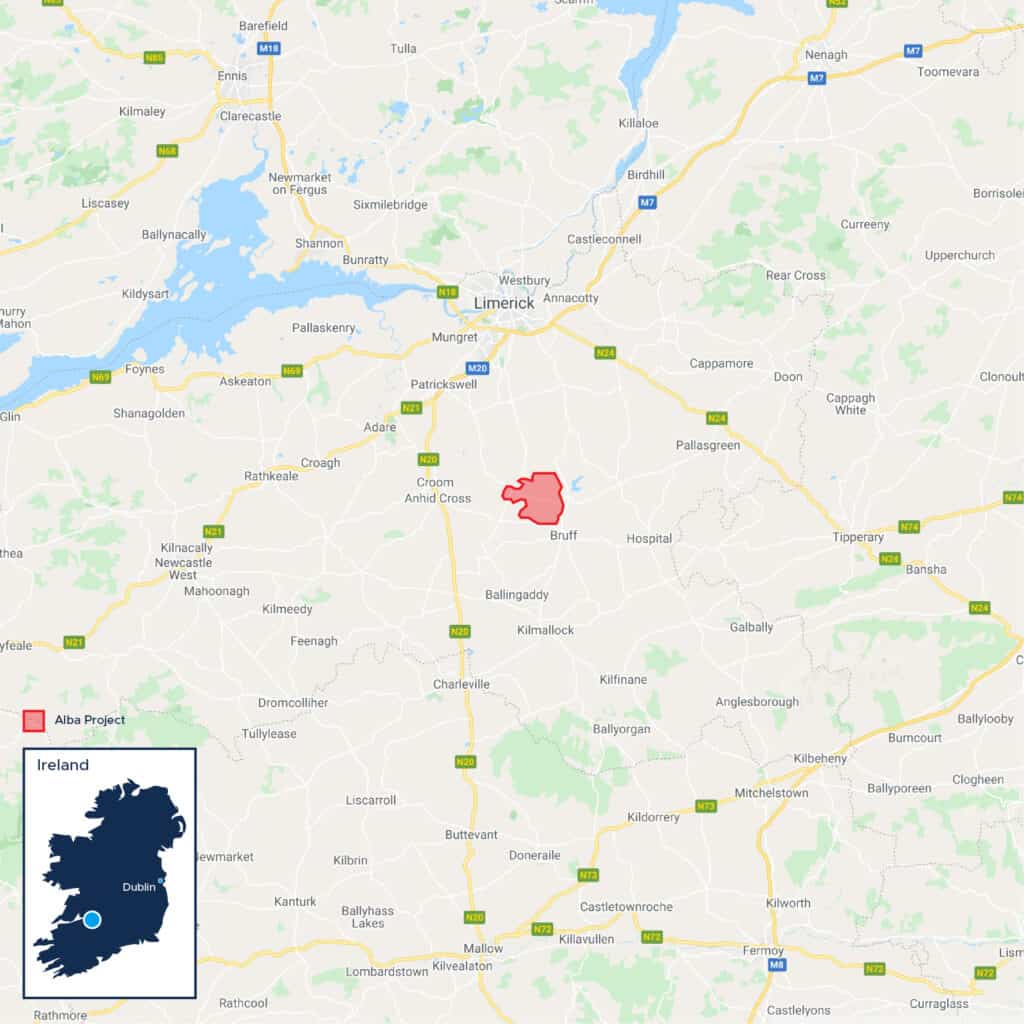 Limerick Base Metals in Brief

Limerick Base Metals in Brief 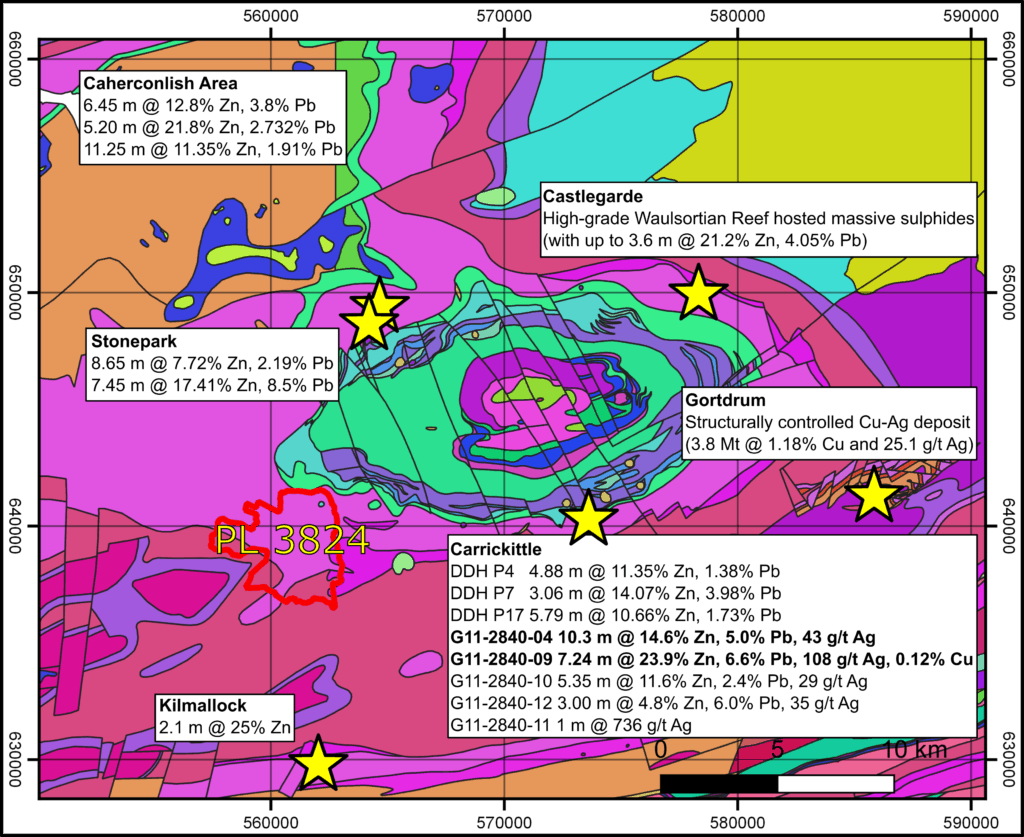 In 2012 four holes were drilled in Alba’s licence area (PL3824, see location map above) in conjunction with the Company’s then joint venture partner, Teck. One drill hole intercepted 6 metres of disseminated pyrite within the target limestone, including a two-metre mineralised interval containing 0.58% Zn. The presence of pyrite is encouraging as it often indicates the presence of base metal sulphides at other properties in the Irish Ore Field.

More recently, a full data review by Alba’s technical team led to the identification of several new drill targets. The Company drilled one of those targets in a short drilling campaign in 2019. While the drilling did not intersect a mineralised zone, there remain other interesting targets at the Project which have yet to be drilled.

The mineral exploration licence for our Limerick Base Metals Project, PL 3824, has been renewed until 26 May 2022.  A prospectivity review of the licence area has identified the Coonagh Castle Fault as one of main faults transecting the Limerick Basin and concluded that being able to determine the trace of the fault to within tens of metres on surface is crucial to the success of future drilling.  Interpretation of Tellus and satellite (Sentinel) imagery for our licence area is ongoing and will enable the refinement of future drill prospects.