The Amitsoq Graphite Project is located in the Nanortalik region of southern Greenland, within Alba’s wholly-owned Mineral Exploration Licence (“MEL”) 2013/06. In successive field seasons at Amitsoq, Alba has confirmed the presence of two high-grade flake graphite deposits on Amitsoq Island and at the new Kalaaq mainland discovery. With average grades of 28.7 and 25.6% TGC content respectively, Amitsoq is one of the highest-graded graphite projects in the world. 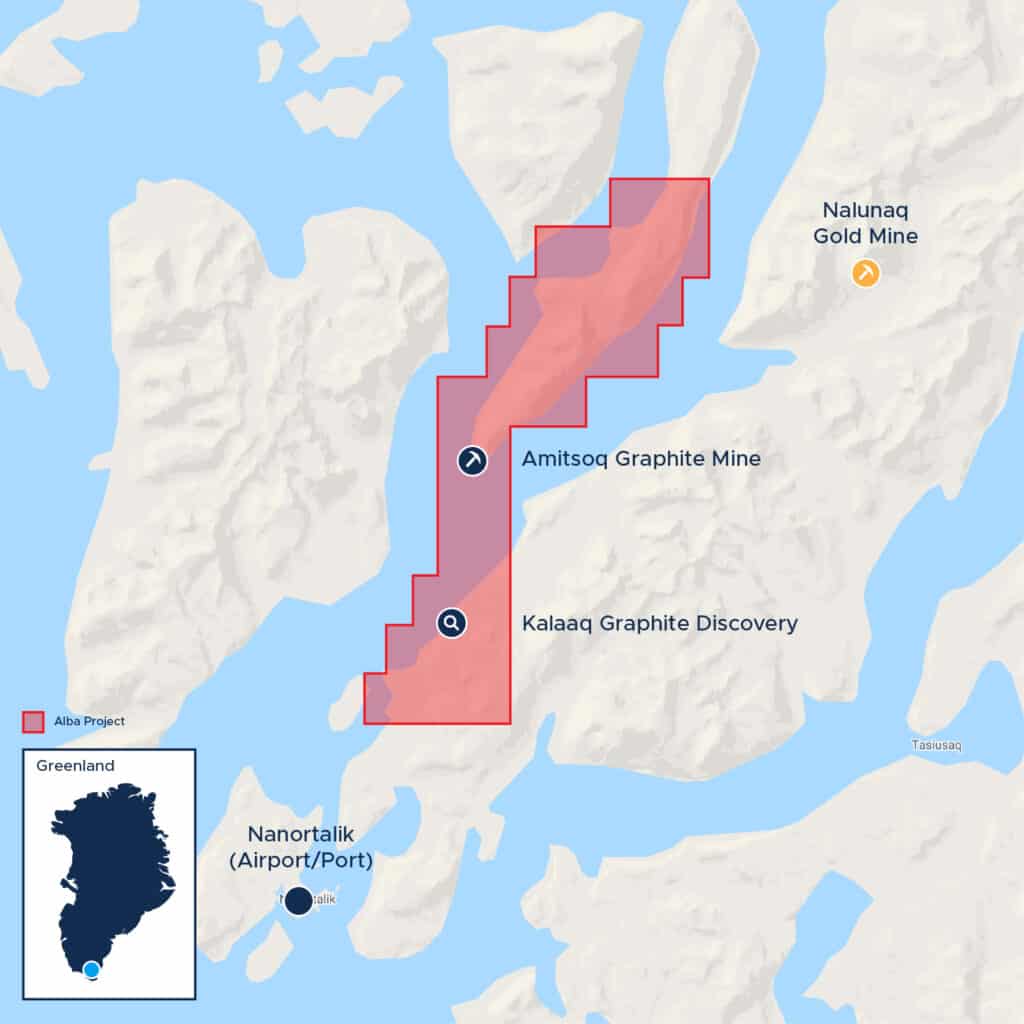 Alba Mineral Resources Plc (AIM: ALBA) is a mineral exploration and development company with a strong portfolio of mining assets in the UK and Greenland.

🚨🚨 #GROC reports an almost THREE TIMES increase in its mineral resource estimate at the Amitsoq Graphite Project in southern #Greenland, one of the highest-grade #graphite deposits in the world.

Located in Southern Greenland, on the same latitude as far northern Scotland, with excellent infrastructure and in ice-free waters, the Amitsoq Graphite Project includes a formerly producing graphite mine located on Amitsoq island.

Several field seasons have been completed by Alba which have resulted in a “drill ready” three-dimensional conceptual model supported by geophysics, geochemical sampling and structural mapping. Alba’s field exploration has significantly increased the quantum of known graphite occurrences on Amitsoq Island (with a strike length of up to 12 km) in addition to extending the mapped and sampled horizons on to the Kalaaq mainland discovery.

Independent testwork has confirmed that the graphite content of Amitsoq ore is very high, amongst the highest found in flake graphite deposits globally. It has also demonstrated that a 97% graphite concentrate can be produced and that many of the inherent characteristics exhibited by Amitsoq graphite are positive.

Accordingly, subject to certain follow-up testwork which is in progress, the testwork indicates the suitability of Amitsoq graphite for most commercial applications, including importantly as the feed material for Lithium-Ion Batteries (“LIBs”), the fastest growing market for flake graphite globally.

The objective of the next field season will be to drill a maiden Mineral Resource for Amitsoq, allowing the Company to then move to commissioning a detailed economic assessment of the Project.

Graphite is a naturally occurring form of crystalline carbon, found in metamorphic and igneous rocks. Graphite is extremely resistant to heat and nearly inert in contact with almost any other material. The most stable form of carbon under standard conditions, it converts to diamonds under high pressures and temperatures.

Graphite is a good conductor of heat and electricity, which makes sought after for electronic products such as electrodes, batteries and solar panels.

Traditionally used in the manufacture of steel, refractories, brake linings and other automotive products, the largest growth area for graphite is associated with lithium-ion batteries (LIBs) for electric vehicles. According to Industrial Minerals, graphite, which is used as the anode material in a LIB, is the second-largest input material required in LIBs by volume. 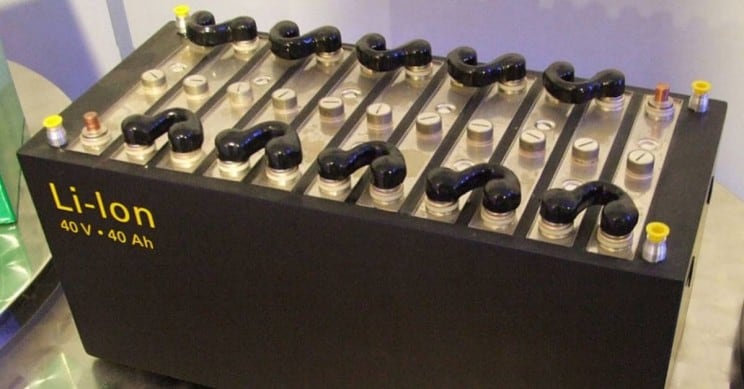