The Alba Group’s mineral exploration portfolio is comprised of gold and, graphite, ilmenite, base metal and iron ore projects in a cluster of countries in northern Europe (the United Kingdom, Greenland and Ireland). Our focus is on unearthing hidden value from previously drilled or mined projects. 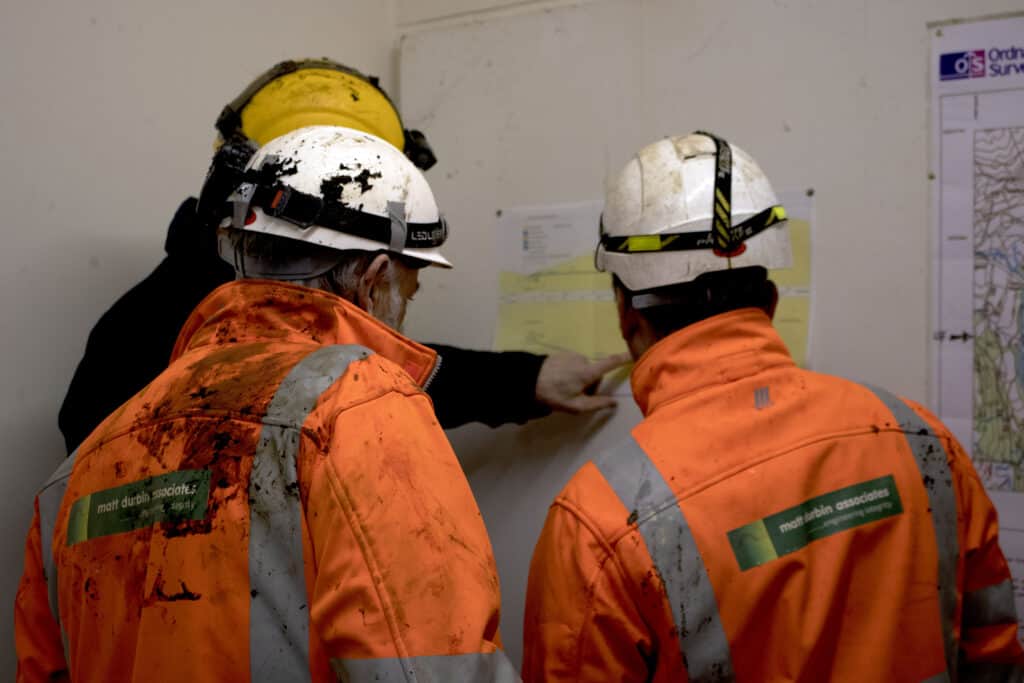 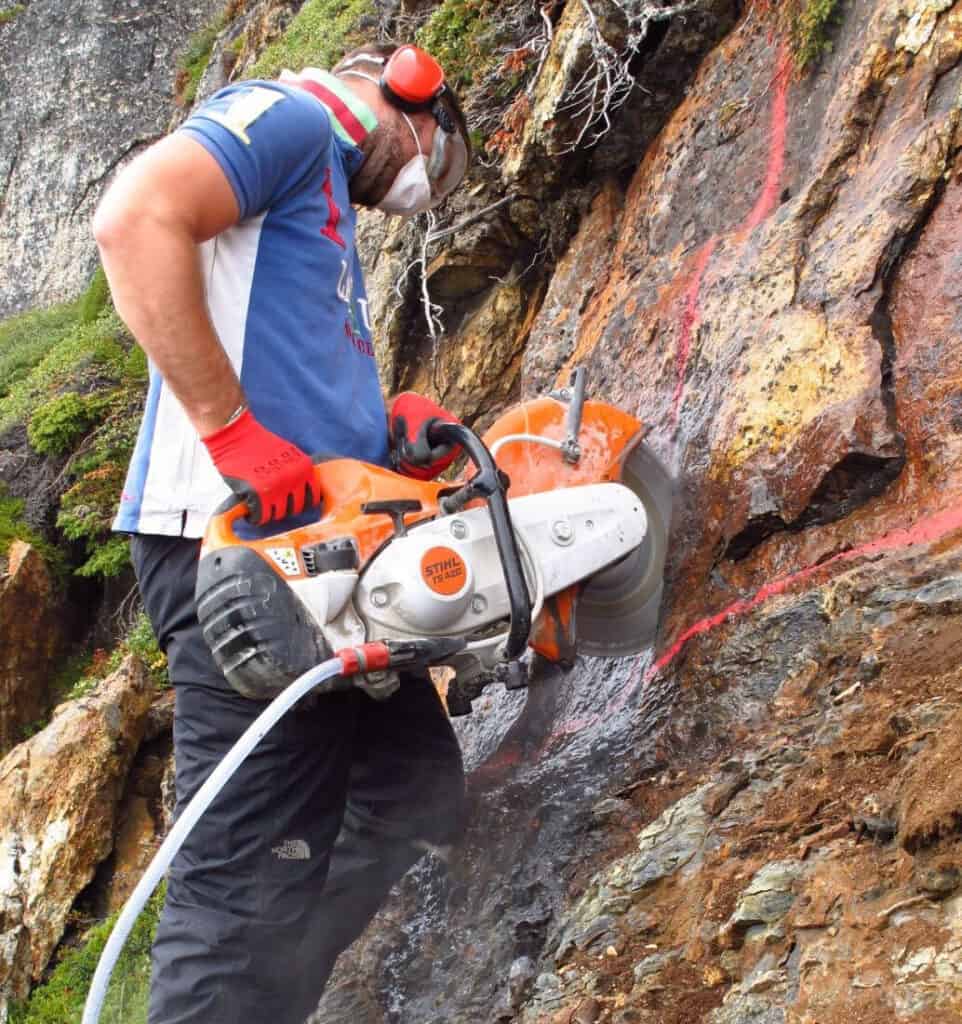 Such as the Clogau-St David’s Gold Mine in Wales, the source of most of the United Kingdom’s gold, mined historically from very rich gold seams. With huge untapped potential, Alba’s technical team are applying a multi-disciplinary approach at Clogau, employing the most modern exploration tools such as 3D scanning & mine modelling as well as a two-pronged approach to drilling, from both surface and underground.

Or the Amitsoq Graphite Project in southern Greenland, which comprises a past producing mine and two exceptional graphite deposits, with average grades surpassing any other graphite project in the world.

At Thule Black Sands in northern Greenland, Alba has drilled the length and breadth of a section of coastline which had never before been explored in earnest, resulting in high-grade mineral sands being confirmed over a 10 km stretch, a resource already sufficient to sustain a more than 10-year mine life at a mining rate of 1.5 million tonnes per annum.

Please click on a location to find out more. 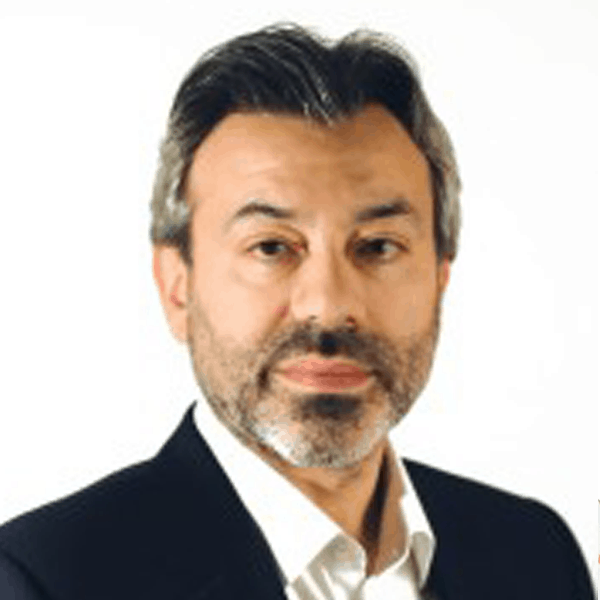 Mr Frangeskides has a broad range of experience gained from over 25 years in the legal and corporate advisory sectors in Australia and the United Kingdom. He is Executive Director at Berwick Capital, a corporate advisory firm which for the past 10 years has advised ASX, AIM-listed and private companies on projects and transactions in the mining and oil and gas sectors. Prior to establishing Berwick Capital, Mr Frangeskides practised as a lawyer focusing on corporate finance, commercial and capital market transactions.

With his experience in mergers and acquisitions, Mr Frangeskides leads all corporate negotiations for the Company. He has an extensive network of contacts across the mineral exploration and investment sectors in the UK, Asia-Pacific, North America, Middle East and Far East regions, giving the Company wide exposure to both investors and potential investments.

A confident communicator, Mr Frangeskides regularly makes presentations about the Company and projects to the media and to shareholders. 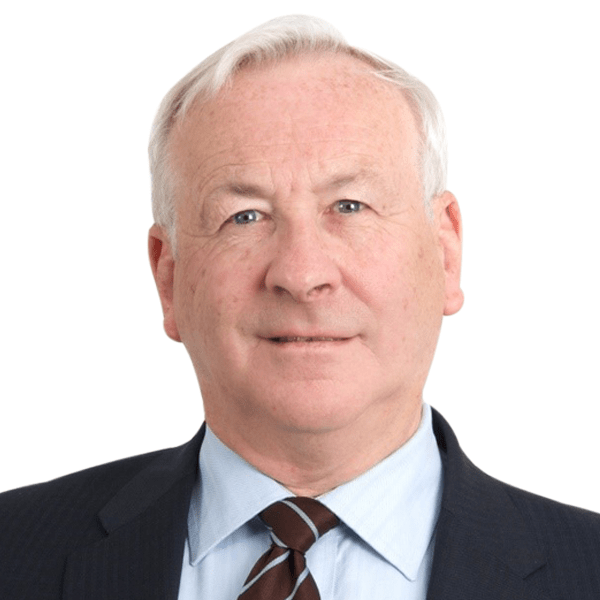 Michael Nott is a geologist and mining engineer by profession and has 40 years’ experience in the oil & gas, mining, minerals and quarrying industries. His early career was based in Zambia, including nine years with Roan Consolidated Mines Limited. He was a regional manager for Pioneer Aggregates (UK) Limited, then an Australian company, and later a director of Jay Minerals Services Limited and Hills Aggregates Limited, becoming trading director of ARC (Southern) Limited and production director of C. White Limited.

Mr Nott draws on his extensive experience of both the mining industry and the corporate world to offer pragmatic advice to the Company. 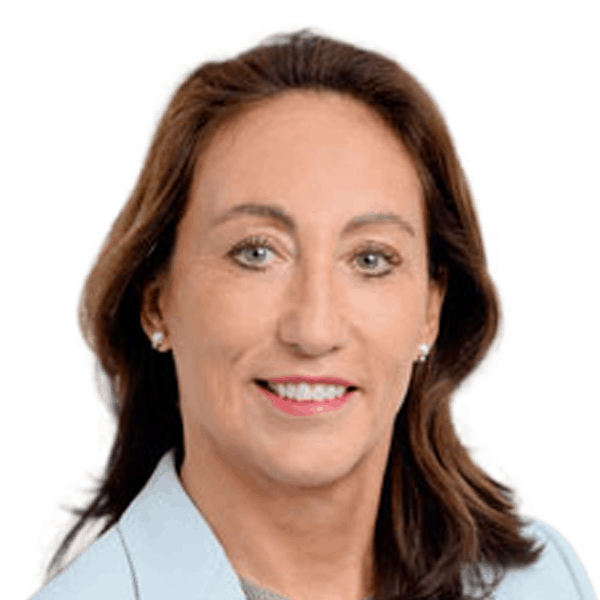 Elizabeth Henson was, from 2007-2019, a senior international tax partner for PricewaterhouseCoopers LLP (PwC), based in London.  She was the Founder and Leader of PwC UK’s International Wealth business and is considered a leader in her field.  She has an established and substantial contact base consisting of some of the wealthiest entrepreneurs and high net worth individuals from the UK and across the globe.

Ms Henson has a Master of Laws (LLM), Tax, from Queen Mary, University of London, a Bachelor of Laws (LLB) from Rhodes University, South Africa and a Bachelor of Art (BA), also from Rhodes University, South Africa.  She was the 2018 Spears Private Client Accountant of the Year and won the Citywealth Powerwomen Awards Silver award for Woman of the Year – Leadership (Large, Institutional) in 2016, 2018 and 2019, among other awards. 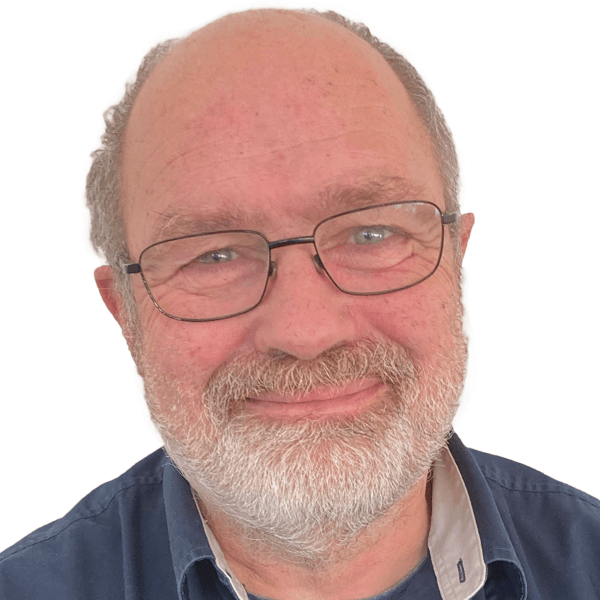 Lars Brünner has been an Environmental Consultant for more than 30 years, during which time he has conducted numerous Environmental and Social Impact Assessments for a broad range of projects and developed a wide-ranging expertise in environmental legislation, natural resource management, business development, and monitoring and surveillance programmes. From 2014 until May 2020, he was the Arctic Mining and Environment, Business Development Leader for Golder Associates A/S, the leading international mining and environmental consultancy firm.

Mr Brünner brings with him an in-depth knowledge of the Greenlandic law, culture, environment and language, having lived there for over 10 years in his lifetime. He has established strong relationships with a range of key personnel in the country and offers invaluable support to Alba’s technical team.

Mr Brünner has an M.Sc. in Biology from the University of Copenhagen, Denmark.

Mr Austin has significant management and operational experience in a career spanning four decades across a range of commodities, but with a particular focus on gold.  Mr Austin’s experience prior to establishing his own mining consultancy firm includes being a Non-Executive Director at Central Rand Gold (2016-2017), being Group Geologist and CEO of Kilimapesa Gold (Kenya) for Goldplat Plc (2007-2013), being Vice President-Exploration for Mano River Resources Plc (2006-2007) and being Senior Exploration Geologist for Placer Dome Exploration (Africa-Eurasia) Ltd (2005-2006). 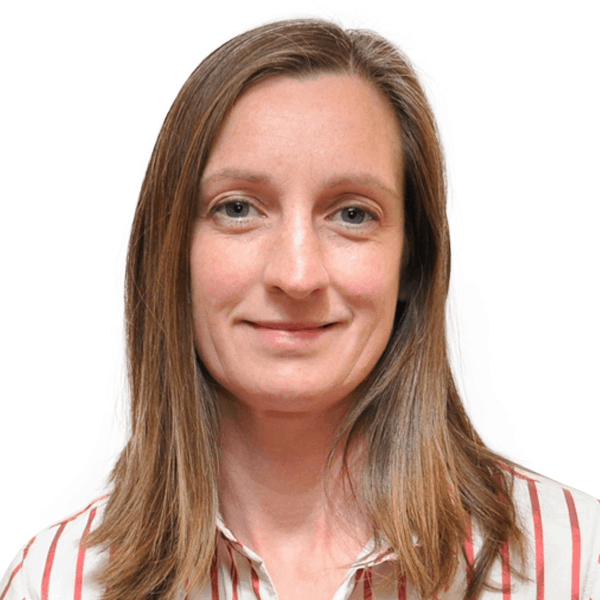 Ms Potter qualified as a Chartered Accountant with PricewaterhouseCoopers after completing a master’s degree in Mechanical Engineering.  She has over 15 years’ experience in industry, including roles at Saville Gorden Estates plc, Jaguar Land Rover and Anglo American (Tarmac).  She joined Alba in 2017. 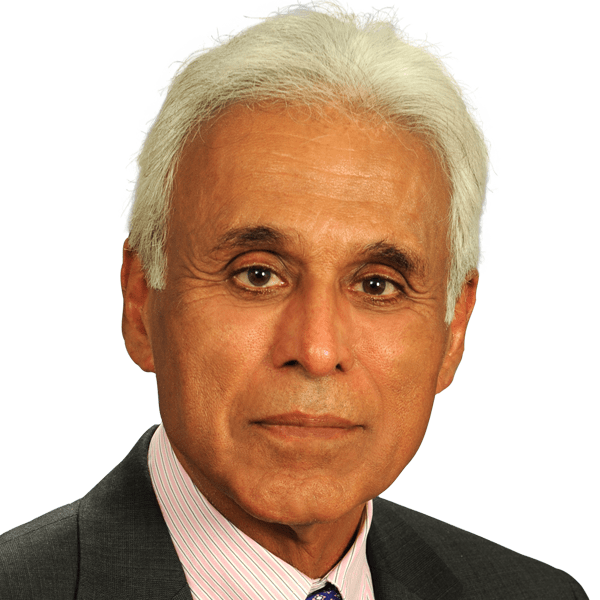 Feroz Sultan is a petroleum geologist with over 45 years of diverse experience in the management, exploration, development and production of oil and gas, Mr. Sultan has managed both onshore and offshore oil and gas field developments.  His experience includes over six years (2007-13) as Chief Executive Officer/Director of Petro Ventures International, a private company which participated in the drilling of wells which have resulted in establishing gas fields in the UK North Sea (Breagh) and offshore Romania (Ana and Doina). Mr. Sultan also spent three years (2003-6) as Chief Operating Officer/Technical Director of Grove Energy Ltd, the AIM and TSX-V listed company which merged with Stratic Energy in 2007 with a merger valuation of approximately C$123 million.

High-Grade Ilmenite on the Coastline of North-West Greenland

An extensive surface drilling campaign by Alba has led to the declaration of a maiden Mineral Resource for Thule Black Sands.

The UK’s largest historic producer of gold, part of a wider gold project covering the length and breadth of the dolgellau gold belt in Wales and comprising several newly discovered gold targets.

Alba owns a 90% interest in an exclusive exploration licence over the Dolgellau Gold Belt in north Wales, covering a total area of 107 km² and over 300 known gold occurrences. The Project includes the historic Clogau-St David’s gold mine, which produced at least 80,000 ounces of gold, making it the UK’s largest ever gold producer. The mine closed in 1998, when the gold price was only $300 per ounce, compared to its present price close to $2000 per ounce.

The Gwynfynydd Gold Mine is the second largest producer of gold in the UK’s history, after the Clogau-St David’s Gold Mine.

The Gwynfynydd Gold Mine has historically produced around 45,000 ounces of gold at a mining grade of 15 grams/tonne.  Commercial operations at Gwynfynydd ceased in 1999 when the gold price was only around US$300 per ounce.

The Melville Bay Iron Project is located in north-west Greenland within 200 km of seasonally ice-free coastline some 1,500 km north of Nuuk and 130 km south of the nearest major settlement of Qaanaaq.

The Project hosts haematite and magnetite styles of mineralisation across numerous targets. The significant body of work completed to date, including extensive resource drilling and metallurgical test work, has confirmed the presence of significant iron ore deposits at Melville Bay and the ability to produce a saleable high-grade, low-impurity iron ore concentrate.

Prospective for a Wide Range of High-Value Minerals Including Copper, Gold, Cobalt and Nickel.

The Inglefield Multi-Element Project is located in north-west Greenland. Building on significant historic work by the Geological Survey of Denmark and Greenland, GEUS, and previous exploration companies, Alba’s work has confirmed the potential for the discovery of IOCG (iron ore-copper-gold) style deposits at Inglefield.

The Amitsoq Graphite Project is located in the Nanortalik region of southern Greenland, within Alba’s wholly-owned Mineral Exploration Licence (“MEL”) 2013/06. In successive field seasons at Amitsoq, Alba has confirmed the presence of two high-grade flake graphite deposits on Amitsoq Island and at the new Kalaaq mainland discovery. With average grades of 28.7 and 25.6% TGC content respectively, Amitsoq is one of the highest-graded graphite projects in the world.

A Strategic Foothold in a World-Class Zinc Ore Field.

Alba’s Limerick Base Metals Project in the Republic of Ireland is located in the Irish Ore Field, which has been a major source of zinc production since the 1960s. The Project is highly prospective for zinc and lead and is located only 10 kilometres from Glencore’s Pallas Green zinc deposit and forms part of the same target unit.

Alba owns an effective interest of 11.765% in the two licences, PEDL137 and PEDL 246, which comprise the Horse Hill Oil Project, located in the Weald Basin in southern England.

The operator of the licences, Horse Hill Developments Limited (HHDL), drilled the Horse Hill-1 (HH-1) oil discovery well in 2014. The well discovered oil in the Portland Sandstone, as well as in deeper formations including the Kimmeridge Clay. The well penetrated and flow tested a significant new oil play in the Kimmeridge Limestone section. A further well, Horse Hill-2/2z (HH-2/2z) was drilled in 2019 as a horizontal well into the Kimmeridge section.